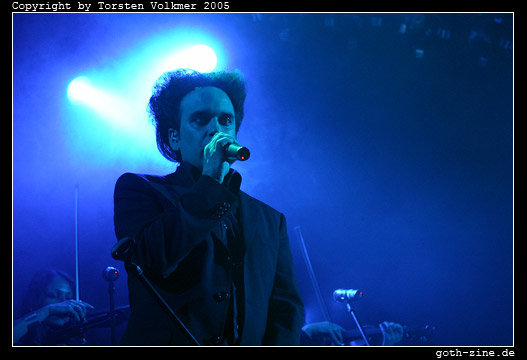 Another Sunday night with a highly expected concert! After having some trouble finding the place, I finally reached Jolly Joker. Around 19h the people started entering the venue and then, a bit later than expected, the show started around 20h30. 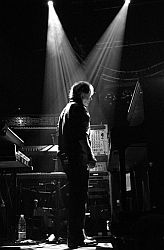 The various elements entered the stage, Ernst Horn followed by their live musicians (two violins, a cello and a guitar player) and they started off instrumentally. Then the voice of Alexander Veljanov was heard singing "I am falling…", though he could not be seen. After half the song, he finally came on stage and the presentations were done.

After this slow entrance they interpreted the first single from their last album, "Over and Done". The light show was amazing, always precise and according to the beats. The set was great, joining the presentation of great part of the "April Skies" album with older material. The select tunes were "Secret Hideaway", "Dont Wake Me Up" (with a brilliant instrumental highlight), "Generators" and "Slowly Comes My Night".

The quality of the sound and the acoustic of the venue were also great and the voice of Alexander did not fail once. Getting some rhythm to the show, they went on with "Through the Hall" (a song that works really well live for its beat and movement), the straight away recognizable "Dark Star", "Vivre" (the first theme in French the band ever recorded) and "Supermarket (My Angel)". It is impressive how they managed to get two beautiful female violin players that also have lovely voices that fit the songs where they intervene perfectly! 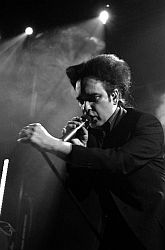 Then it was time to "Down, Down, Down", the beautiful "Return" with the crowd clapping harder, "Midnight Sun" and the older "Colour-Ize" ("where it all began", the first song from their debut). At 21h50 Alexander says "Aufwiedersehen" for the first time and they leave the stage. But it was actually that kind of leaving like saying "of course we will play more".

The audience applauded and asked for their "Zugabe" and four minutes later they returned. They played two more songs, including the new "Heart Made to be Mine" and they left the stage again. Coming back for the second encore, Alexander asks the spectators "Warum?" why did they want the encore then? The responses were a bit confuse in the mist of the noise and the anxious crowd, but the duo, now only Alexander and Ernst Horn, happily did a piano-voice version of "Where you Are", another one of their big hits.

To finish the concert brilliantly (again with the band present), they played the lovely "Love Me to the End", first acoustically and then the other half with the beat on. After this great moment (one of the many during the concert) they finally left the stage definitely at 22h02, after a performance that lasted a bit more than ninety minutes. The audience seemed a bit too static during the first part of the concert, but then they ended up letting go, dancing and supporting the band more effusively.

Its interesting to notice that Deine Lakaien were playing alone, with no support band and still they managed to practically fill up Jolly Joker, being the tickets 25€, a bit expensive considering the normal prices. But I think the money was worth it! I do believe most of the people that were there share my opinion. 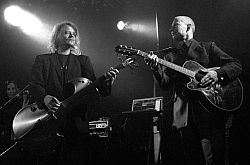